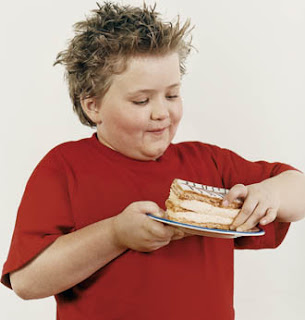 I'm by no means saying the above procedure is necessary or even appropriate in every situation, however I do think that dietitians and nutritionists, who are often given referrals for children with eating problems, could probably do with some training in behaviour analysis. Maybe then we can really tackle our childhood obesity problems.
Posted by Tana at 12:00 No comments:

Just Listen!! And other ethical thoughts...

So today marked Day 13 of an episode of 8 migranes. Of course the first thought that comes into one's head is "Oh my god, do I have a brain tumor?". So, like normal people do, I called my dr. I was lucky enough to get an appointment relatively quickly (something that really isn't guaranteed on the NHS) and was soon sat in front of a dr I trust. After attempting to explain that I thought I might have a sinus infection, that I've been exposed to mouldy conditions, that I find taking an allergy med before bed helps prevent migraines...."Well," he said "I think this is just a change in frequency for whatever reason, we don't know, so let's start you on some beta-blockers to try and break it and then go from there. Your blood pressure ok?". I had no time to answer. "Yes. It is. Ok then, I'll give you some propanalol and sumatriptan.".

What's wrong with that statement?
Lots of things. For one, he didn't listen to me.
He never checked my blood pressure.
On my way out, knowing I am prone to low blood pressure, I checked it on the machine in the lobby.
"102/64".
A quick google search indicates that anything under 100/70 is considered low. Not a bad thing, but low.
So then I looked up propanalol: "Propranolol hydrochloride blocks the effects of certain chemicals in the body. It can be used to reduce heart rate, to help the heart beat more regularly, to reduce the heart's work and to lower blood pressure. It can also reduce the frequency and severity of angina attacks." -Nhs.uk
So the med he gave me works to LOWER blood pressure. Wait a minute. My blood pressure is already low. Then I wondered what if I already have low blood pressure? Should I still take it? I read on under "people who should not take this drug" and low and behold, "people who suffer from low blood pressure". Bang!

Luckily, I have the sense not to take the med. For one thing, I know it won't prevent attacks. We never determined the cause. The cause was "I don't know". Not good enough. How can you prevent something when you don't know what's causing it?

My next stop was to the chiropractor. He told me (after doing an exam) that my neck had a severe subluxation which is causing the migranes. He adjusted me and I go back for another appointment Wednesday. Because he determined the cause, he knows what to do to PREVENT my next attack. And it's worked without fail in the past. Without drugs that will probably cause my blood pressure to reach dangerously low levels. Brilliant!

Right now I am taking a course on Ethics to finish my BCBA exam course sequence. So of course, in addition to questioning all of the above, I began to question the ethical implications of my oh-so-trusted doctor. Doctor's are scientists, just like Behaviour Analysts. They treat symptoms based on scientific evidence, they use the least restrictive treatments necessary, and they use a patient-centered approach just as we use a client-centered approach. By not finding the cause (i.e. requesting further investigations or tests), this doctor acted unethically. By not taking my blood pressure before prescribing me a blood pressure medication was also unethical, and potentially life-threatening. As behaviour analysts, we know that the cause of behaviour cannot always be determined by looking at it once. Sometimes we need collect baseline data, interview the client, staff, parents, etc, and do a functional analysis before implementing a behavioural intervention. Why isn't it the same for medical interventions? Surely we all have similar ethical guidelines?